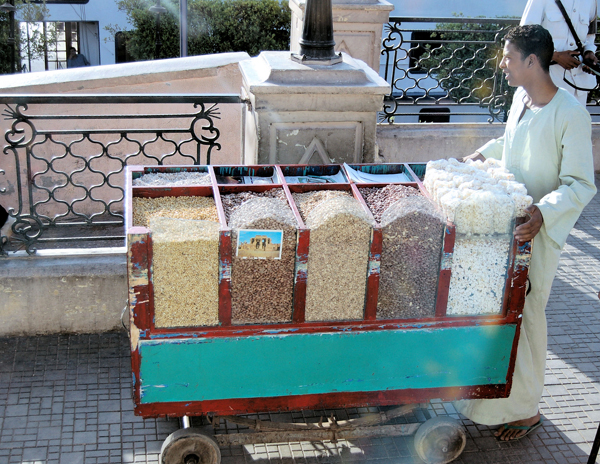 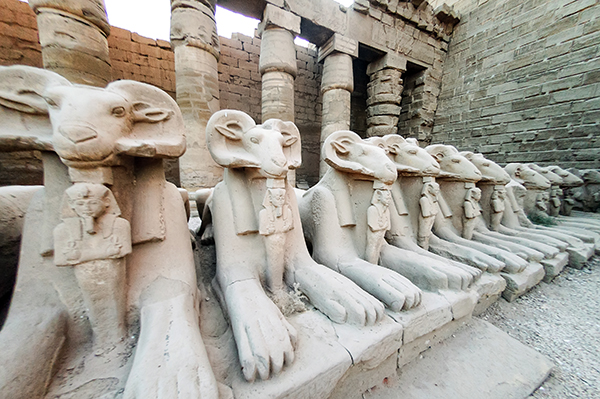 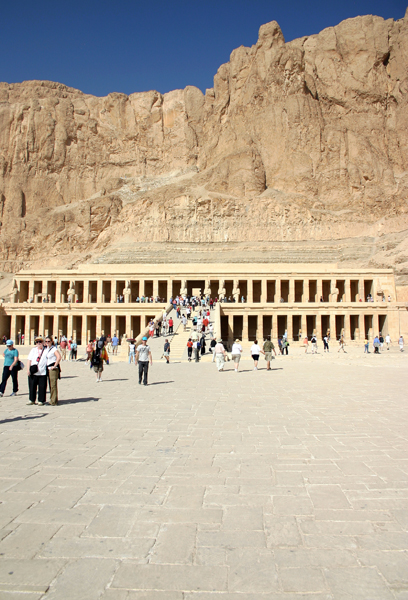 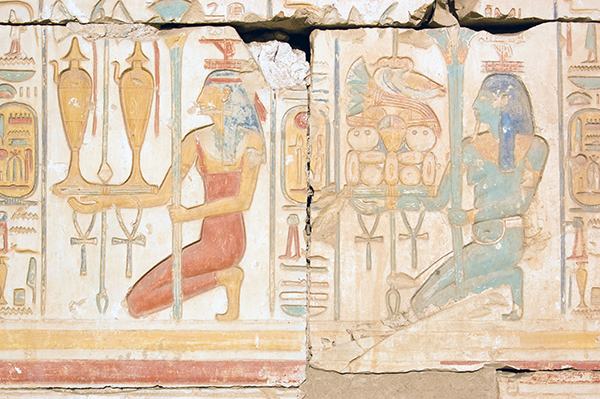 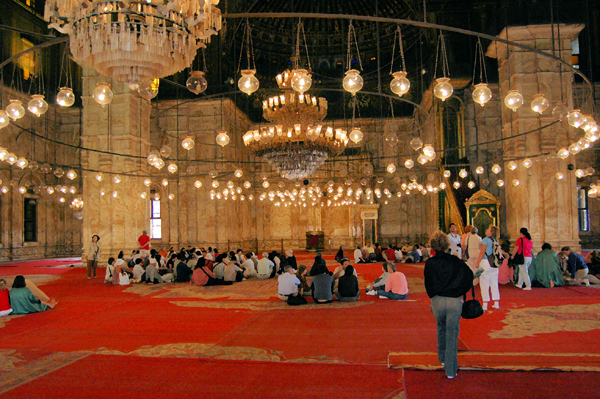 Karnak Temple is one of the main attractions in our mystery city. Also nearby are the Valley of the Kings, the Valley of the Queens and the Temple of Hatshepsut. These are all must-see sites for visitors to Egypt. The city, about 300 miles south of Cairo in the Nile Valley, was the capital of ancient Egypt during its most prosperous and powerful time and the cult center of the god Amun. Even after its prime, the city was legendary throughout the Mediterranean region and beyond for its wealth and beauty. The ancient Greeks and Romans called it Thebes. To the ancient Egyptians, it was Waset. Today it is known by a different name.

Can you name that city?
See below for answers.

END_OF_DOCUMENT_TOKEN_TO_BE_REPLACED

temple of Seti I at Abydos

tomb of Thutmose IV, Valley of the Kings

the Red Pyramid at Dahshur, Egypt

The Red Pyramid at Dahshur, built by the pharaoh Senefru, was the first successful smooth-sided pyramid. Senefru’s first attempt at a smooth-sided pyramid, the Meidum Pyramid, collapsed. Next, he built the Bent Pyramid, which alters its angle of inclination part way up, probably as a precaution after the collapse of the pyramid at Meidum. The Red Pyramid was built at a cautious incline to avoid the disaster of Meidum and appears rather squat in comparison to the famous pyramids of Giza, which were built by Senefru’s son, grandson and great grandson, after developments in pyramid engineering.

the collapsed Meidum Pyramid (left) and its successor, the revised-midway Bent Pyramid

The Red Pyramid gets its name from the exposed red limestone blocks, once hidden by a white limestone façade, which was looted for other buildings long ago.

Dahshur is an hour’s drive from Cairo and is usually combined with a visit to the Bent Pyramid, a few kilometers away. Meidum is about an hour from Dahshur.

Visit www.yallatours.com/egypt/ to see tours that include a visit to Dahshur.

One of the most important cities of Ancient Egypt, Memphis was the capital of the unified country during the Early Dynastic and Old Kingdom periods, which lasted about 1,000 years in the 3rd millennium BCE. (As a point of reference – the famous pyramids at Giza were built during the Old Kingdom.) The city was founded by Menes (or Narmer? it’s unclear, they may be one in the same), who united the country and became its first pharaoh.

Located at the head of the Nile delta in the north of the country, Memphis was a major port city and commercial and religious center and remained so, for thousands of years after the capital moved south to Thebes (Luxor today).

Alexander the Great took Egypt in 332BCE and made himself king in the great Temple of Ptah in Memphis. When he died 9 years later in Babylon, his body was brought to Memphis and later moved to Alexandria, the city he established on the Mediterranean coast of Egypt. The location of his tomb is unknown today.

When Egypt became a Roman province in 30BCE, the commercial power of Memphis was eclipsed by Alexandria, which was more accessible to the rest of the empire.
When Christianity became the official religion of the Roman Empire in the 4th century CE, the city’s status as religious center was finished and it descended into ruin.

the sphinx at Memphis, Egypt

Today, Memphis is an open-air museum with scattered remains, including numerous temples, palaces, statues and a sphinx. Memphis is about 12 miles south of Cairo and is usually visited in conjunction with Sakkara, the necropolis of Memphis and site of the Step Pyramid, less than 2 miles away. Most of our Egypt tours include a visit to Memphis.

statues of Pharaoh Amenhotep III, commonly known as the Colossi of Memnon

the Step Pyramid complex at Saqqara

wall fragment at the Temple of Hatshepsut

Ancient Egyptians preserved the bodies of their dead because they believed the soul would need the body in the afterlife. After death, the soul would encounter a series of tests. If it passed, it would go on to eternal life, an idyllic version of the life they had before death, complete with their well-preserved body and all the comforts of the objects they had loved in life, which were buried with them.

The lungs, liver, intestines and stomach were removed and packed in natron, a kind of salt, which pulled the moisture out. The heart was considered the seat of the soul and intelligence, so was left in place.

The body was packed in natron and left for 45 days. Then it was oiled and wrapped in linen strips, which were coated in resin for a tight seal. Amulets were placed around the body inside the wrapping to aid in the passage to the afterlife. The well-wrapped body was placed in one or more coffins, usually more, which were then placed in a sarcophagus.

The whole process was very sacred and performed by priests, with prayers and incantations throughout. For the most part, only royalty and the upper classes could afford to be mummified. The poor person’s mummification happened naturally in the super-dry climate of Egypt.

Visit the Mummy Room at the Egyptian Museum in Cairo to see royal mummies from the New Kingdom, when the mummification process was most advanced.

This morning we flew from Cairo to Luxor for a 4-night Nile cruise. Flight time was exactly one hour.

Luxor airport is pretty low-key. We had our bags and were on our way within about 15 minutes of landing. The drive from the airport to the center of Luxor, where our boat was docked, is less than 5 miles.

Although some of the cruise boats were double parked so cruisers had to walk through a boat or two to reach their vessel, we were lucky to find ours parked right alongside the dock. We were cruising on the deluxe 5-star Amarco, in a junior suite.