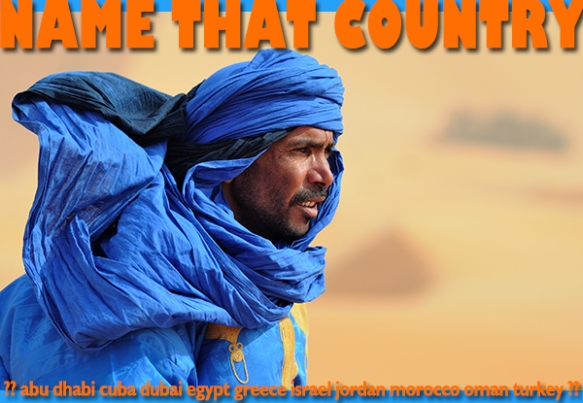 The blue men of the Sahara get their name from the blue robes and scarves that they traditionally wear. They are Tuareg, an ethnic group of the native Amazigh or Berber. About 2 million Tuareg live in the Sahara region today. The largest populations are in Niger and Mali, with a relatively small number in our mystery country.

The Tuareg are traditionally semi-nomadic traders, moving goods across the Sahara Desert to Mediterranean and Atlantic ports. They also carried enslaved people from West Africa to coastal markets and kept slaves themselves well into the 20th century. Slavery is still practiced in some communities.

Tuareg society is matrilineal and women generally have more autonomy and power relative to other Arab communities. Traditionally, Tuareg men veil their faces and women do not.

This week’s mystery country is MOROCCO.