A paladar is a privately owned and operated restaurant in Cuba. Although they have been around since the 1990s (and illegally so before that), paladares are having a bit of a surge right now. That’s an understatement, really, they’re going gangbusters, popping up all over the place in Havana and Trinidad and even in some smaller cities, like Cienfuegos. Since new economic reforms introduced in late 2010, the paladares have a lot more freedom around what they can serve and the number of diners they can seat. 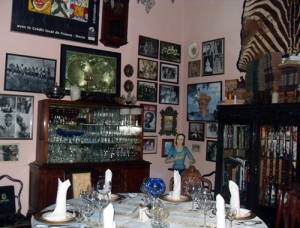 Economic opportunity in Cuba means access to foreign currency, which usually means providing services to tourists. Paladares fill a need in the tourism infrastructure and enterprising Cubans know that. When we first started operating trips to Cuba in 2002, we would tell people to take a bottle of Tabasco sauce with them because the food was so flavorless, due to the scarcity of spices in part, but also, I suspect, due to a lack of motivation in the state run kitchens. In the paladares, lack of motivation is not an issue. Still, even the best, most motivated chef can only serve what is available; a stealth supply chain and nimble menu is part of the paladar gig.

Paladares have gone from just 2 or 3 tables in the parlor of a family home to designated, concept-spaces serving the creations of high profile, internationally trained chefs. Though increasingly sophisticated, paladares still offer warmth and intimacy that is mostly absent in the state run restaurants.

Americans visiting Cuba through the proper channels (under a religious or educational license, for example), will have most meals built into their itineraries, as required by US law. In our Cuba programs, we use paladares for most prepaid meals and usually allow a night or two free for our travelers to venture out on their own. Whatever the case, when it’s meal time in Cuba, look for a paladar. 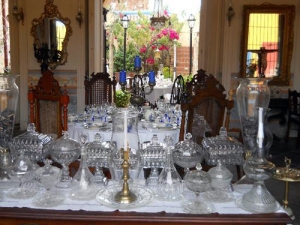 A few of our favorites –

For information on legal trips to Cuba, visit our web site.